First Steps
Despite the rich Christian historical roots in England, recent statistics and reports reflect the spiritual soil of England as hard and cold. Yet, God is bigger than statistics and prayer is more powerful than reports!

When I stepped off the plane in London to chilly 50-degree weather, I was glad to have packed my scarves and coat! Although the weather was cold, the welcomes were warm every place I went. The best way to sum up my England mission trip is to say that prayer had prepared hearts.

I came to England at the invitation of believers from The Church of the Good Shepherd, who strongly believe that God is at work in England, drawing men and women to pray for revival in their great land.

For the 6 months leading up to this mission trip, several leaders from the Church of the Good Shepherd in Portsmouth, England gathered with me for a prayer call every other week. I believe these prayer calls tilled the soil in the hearts of those God allowed me to train, and directed me and the training of NBS2GO to those hungry to be equipped in Bingley, Birmingham and Portsmouth. As we continued to pray together in the months leading up to my departure, God not only opened doors in England, but also opened the way for one of the girls in my discipleship group (Christina) to come with me for part of the trip. Thus, the soil of cities and saints were prepared through prayer!

Prayer Walking
Moved to trust God for the hearts of their neighbors, 35 believers gathered at The Church of the Good Shepherd on one of the nights I was there to prayer walk the neighborhood surrounding their church. Similarly, believers from The Church of God of Prophecy in Birmingham have had the habit of prayer walking their city and neighborhoods for quite some time. How amazing to watch the seeds of prayer sprout and grow. James 5:16 states, “The prayer of a righteous person has great power as it is working.”

Such is the case with Cherry from Bradford, England. After experiencing the refreshment of God’s Word at the NBS2GO Bible study at Dori Dacre’s home, Cherry began to love and reach out to her Muslim 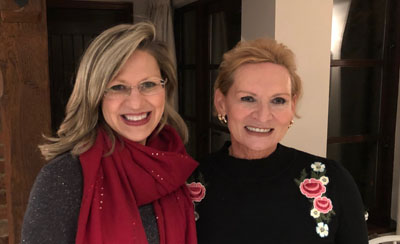 neighbors. After the workshop in Bingley, Cherry told me that she feels led to begin praying intentionally for her neighbors and trusting God for open doors to begin a Bible study. Would you stop right now and pray for Cherry as well as all those planting seeds of faith in England?

Sherri believes that the only thing better than delving into God's Word is delving in with a few others! Through studying God's Word, Sherri discovered God's heart for us all. She longs that others would know their worth, value, and significance comes from being loved by God.

"I praise you because I am fearfully and wonderfully made" Psalms 139:14 NIV.

Sherri remembers the nervous jitters and excitement of stepping out in faith and starting her first lunchtime Bible study group with her co-workers in 2007. Seeds were sown and lives were changed by His Word and His Spirit. Coming to NBS2GO after 13 years of working as a leader in the professional world, Sherri has a heart for seeing God open doors for Christ-centered conversations not only with the neighbors we live near but the neighbors we work with as well.

Sherri joined Cru staff in 2017. In her spare time, she enjoys swimming, biking, and running with her favorite little canine running buddy, Snickers.