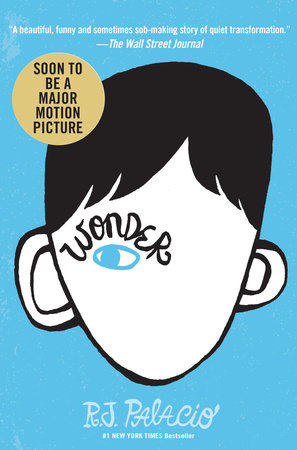 Wonder, by R.J. Palacio, is a beautiful story that has been adapted to film.  It releases to U.S. theaters, today, November 17, 2017 and I can’t wait to see it. I hope moviegoers pass through the double doors, walk down the dark and narrow passage, and claim a seat prepared to accept this message of #choosekind.

August “Auggie” Pullman, born with a condition that necessitated 27 surgeries that did not restore his disfigured face, enters school for the first time as a fifth grader. Can you imagine? It is a rough start but students around Auggie transform throughout the year, allowing viewers to soak up the possibilities of being “ordinary” and what it means to choose kindness.

When we first catch a glimpse of Auggie’s backstory, he shares how his mom tells the account of his birth.  As the doctors brought her this blemished bundle, she looked past every feature and focused on his eyes.  He recalls, “All she could see was how pretty my eyes were.” What a sweet example of the unconditional love of a parent.

How does Wonder relate to neighborhood Bible studies?

As you lead or participate in Bible studies and go about your day, gaze into the eyes of every individual. See them for who they are - as they are, with no preconceptions. Seeing those around you how God sees them, even better.  It isn’t our appearance that defines us. He did design us to be different. Think fingerprints.  He created each of us with a combination of personalities, learning styles, gifts, strengths, and weaknesses in just the right measure to accomplish His will. It just might be that He intends for us to be ordinary. After all, God used many ordinary men and women in the Bible for BIG tasks.

“When they saw the courage of Peter and John and realized that they were unschooled, ordinary men, they were astonished and they took note that these men had been with Jesus.” Acts 4:13 NIV

In the beginning of Wonder, Auggie shares that he is “not an ‘ordinary’ ten-year-old kid.’” In the end, he forms the opinion, “’To me though, I’m just me. An ordinary kid.’” What happened in the film to transform Auggie’s view of himself? It appears that the children around him were not the only ones to undergo a transformation.

Do we strive to be ordinary? What does ordinary mean?

The definitions of ordinary and ordinal number hint at usual, orderly, rank, a designated place.  It would seem then that Auggie grew into being ordinary.  Scared of being the center of attention, in time he realized that he didn’t have to be first.  He developed a posture of humility even in the face of division and hate.  The “plague” separated him from the other students. Eddie despised Auggie for being disfigured and stole his hearing aids. As Eddie tormented, Auggie did not seek punishment for him.   He had a choice. Auggie dared to be different yet still functioned as others-centered. Grace-filled, Auggie "walked the halls just trying to get through the fifth grade".

Will we be an Eddie or an Auggie?

What’s in a name?  All through the Bible God changed people's names – Abraham, Israel, and Peter to name a few.   A moniker is important.  When chosen, it can define who we are or who we can become.  As for his last name, Pullman...think about it. Nifty, right? How about the meaning or implications of the name, August? For this North American kid, the name implies a time of year where some return to school or college and the leaves may begin to change color. In the season of fall, the leaves will drop off the deciduous trees in preparation of winter, only to re-grow again in the spring. This reminds me of the story of Saul whom God made blind and then as the scales fell from his eyes, he could see.

”Immediately, something like scales fell from Saul’s eyes, and he could see again. He got up and was baptized.” Acts 9:18 (NIV)

August was a catalyst for those around him to see a new season.  If we stretch a little further, Auggie hints at “augment” which is an altered or improved state.  The old dies off and the new begins.

If you were an Eddie, you can become an Auggie.

In his speech, Mr. Tushman, Auggie’s principal, refers to The Little White Bird, by J. M Barrie. “’What a marvelous line, isn’t it? Kinder than is necessary. Because it’s not enough to be kind. One should be kinder than needed.  Why I love that line, that concept, is that it reminds me that we carry with us, as human beings, not just the capacity to be kind, but the very choice of kindness.”

Treating others with kindness and respect is a worthy pursuit. What would our world be like if we all tried to be a little kinder than is necessary? What if we had kind and caring communities gathering to study the Bible across the globe?

”Be kind to one another, tenderhearted, forgiving one another, as God in Christ forgave you.” Ephesians 4:32 (ESV)

I leave you with Mr. Tushman’s parting thoughts… “And if you do this, if you act just a little kinder than is necessary, someone else, somewhere, someday, may recognize in you, in every single one of you, the face of God.”

BibleGateway.com: A searchable online Bible in over 150 versions and 50 languages. (n.d.). Retrieved from https://www.biblegateway.com/

A former educator, Rebecca worked as Editor for an online magazine, then joined NBS2GO at its inception. She helped Hands of Love USA revise their website in 2017. Oh those precious faces!

She loves spending time with her husband and two grown sons, writing, and serving. Otherwise, you will find her curled up with their rescue dog Ranger, reading…just one more chapter. 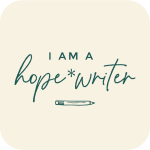 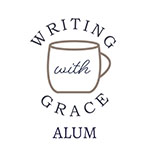