What If I Had Said No! A 20-Year Reflection on Our NBS When our Neighborhood Bible Study celebrated its 20th year last month, I remembered our tenuous beginnings. I shared with our nearly 50 members how I was challenged to begin an NBS in the neighborhood, but really had no desire to step out. One of our members said to me later, “Jan, what if you had said ‘No!’ Think about all we would have missed!”

It was as if the history of our NBS flashed before my eyes. Lives changing as we grow in Christ, treasured 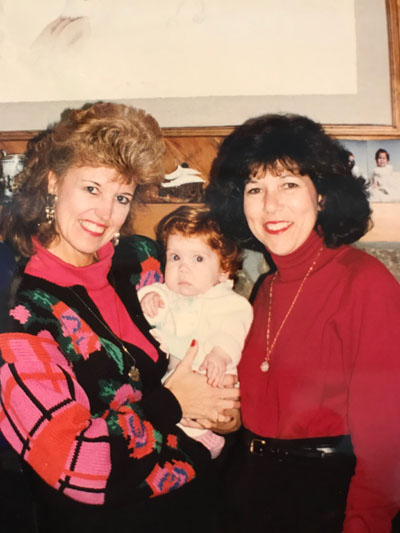 friendships created, life’s joys and tragedies shared, our families impacted by our faith, new neighbors added each year, and NBS multiplied into neighborhoods when a member moves away.

We represent all ages, from 85-24. Our ladies have a vision of impacting others, and nearly everyone in the Study was invited by another neighbor. Some women come and purchase their first Bible, while others are mature in their faith. It’s spiritual multiplication right here at home! We’re also extending Christ’s love to our community, by reaching out to families at Christmas and Easter in a local hotel for homeless, and working with at-risk children in an after-school program.

So why did I decide to say yes – and thankfully not miss all God had planned? It was a God-ordained encounter between me and a neighbor named Debbie McGoldrick, who you know as the founder of NBS2GO. In the summer of 1992, right after the passing of our little 6-year-old daughter from a car accident, Debbie knocked on my door. I heard of Debbie’s NBS, but never attended and never had met her. She simply asked how she could help. We met together weekly, and I began attending her NBS. God blessed me with another child, and a few years later my husband Tom and I decided to move with our four children to a larger home in a nearby neighborhood – perfect location to continue attending Deb’s Bible Study – or so I thought.

Debbie had bigger ideas, and challenged me to begin an NBS in the new neighborhood. She said God didn’t move me to a new home for more closet space and a basement. I appreciated her optimism, but felt 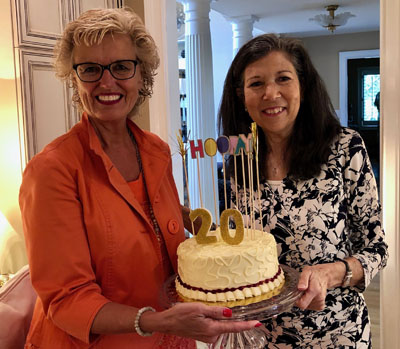 ill equipped and hoped she’d forget the idea. But after much coaxing by Debbie and prayer walking my neighborhood, I posted an invitation and eight ladies responded with excitement. While Debbie writes her own Bible Study material – which I’m certainly not capable of doing -- she gave me confidence to choose a book of the Bible and order study guides. “All you have to do is read the material and ask questions,” she told me. As we’ve grown, we still gather in neighborhood homes. We begin with coffee and snacks, and then divide into three small groups, each with co-leaders.

Debbie calls me the “poster child” for the truth that “anyone can start an NBS if Jan can.” I guess she’s right – we start our 21st year in September! And the baby I mentioned earlier, she is now 24 and the Translation Coordinator for NBS2GO, working alongside Debbie to offer Neighbor Bible Studies in 28 languages all around the world – God’s plans are above and beyond all we can ask or imagine! 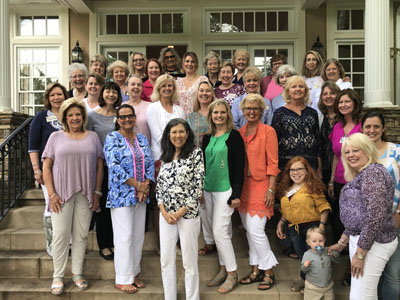 Caroline recently graduated from the Moody Bible Institute with a degree in Ministry Leadership. As part of her passion for global missions, God led her to become fluent in Spanish and serve as a Spanish interpreter with Medical Missions in Guatemala for two summers.

She joined Cru staff part-time in 2016. Caroline is a member of her mother’s neighborhood Bible study group, loves spending time with her older brother and sister, and is a proud aunt of two nieces. Caroline enjoys experiencing people coming to faith in Jesus Christ.

“For we are God’s masterpiece. He has created us anew in Christ Jesus, so we can do the good things He planned for us long ago” Ephesians 2:10.

More posts from author
Wednesday, 19 June 2019 It Doesn’t Get Much Easier Than This!
Monday, 08 April 2019 God Took Our Neighborhood Bible Study on a Field Trip of Compassion