Encouragement
NBS2GO
515 Hits
0 Comments
Reading in Deuteronomy this morning, I was drawn to the last part of 9:6 which says, “For you are a stiff-necked people.” For some reason, this really struck me. Perhaps it was because I still had a stiff-neck after four Ibuprofen and a heated neck wrap? Or, maybe it was because Moses was telling the people, God’s people, that God was upholding His promises even though they were completely pig-headed (emphasis added) and so very unworthy?

In His Word, we see that God loves unconditionally. God is constant. He gives His word and follows through. Great parenting lesson here...but that’s another post. Reading about stiff-necked people, I was reminded of all of the turmoil in government at this time. Why is our country in this state? It isn’t that I want to pass judgment or cast stones. I know I am a mess and am grateful for saving grace. Yet, for an American trying to discern the truth in the news, it appears much like a youthful game of tug of war. This makes me wonder. What if someone sent enough copies of I am Second, so that each member of government...those entrusted with the running of this country could see the bigger picture? What would happen if they bent their knees so that they could bend their necks? Thankfully some already do; but what if each elected official focused on Him instead of self? Where would we be?

Currently, on the most highly-viewed reality TV show, the Robertsons demonstrate I am Second out loud and without shame. On November 21st, 2013 Duck Dynasty willbe revealing history and a behind-the-scenes look at three generations of faith. Yes, as the daughter of a bearded man, I am a fan. Hmmm....perhaps many elective officials will watch and take the nod? 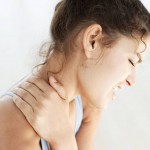 It is time I stepped off the soap box and brought this discussion a little closer to home. What does it mean to be stiff-necked? In the physical sense, it causes pain, headaches, crankiness, and possibly the inability to see to the task at hand. Similarly, it infers an argumentative nature, unbending or unyielding stance, and the resulting discord due to the lack of flexibility. When we think of Jesus’s admonitions,for example, “Turn the other cheek.” We cannot bend, turn, or otherwise if we have a stiff-neck. Stepping out of ourselves...centered on God instead of self, we can surrender to what is right and good. Are you stiff-necked? This doesn’t mean be a doormat and fail to stand up for your convictions. Keep your eyes focused on Him. His purposes will be your beliefs. His plan will unfold. When someone says “Hold your head up high,” consider the meaning as in; look up at or to Him.  Let go of pride. Step outside yourself...which requires a yielding neck. Loosen up folks; let’s bend our knees and our necks! 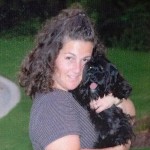 Rebecca is a wife of nearly 20 years, a mother of two teen boys, a 120 poundGolden, and little bit of a Lhasa Poo.  With a messed up past, she is grateful for a heavenly future, clinging to Isaiah 43:18-19.  A former educator, certified in three subject areas from P5 – 12th grade, she clearly can’t make up her mind (just ask her ever-patient husband).  Years ago, God placed Rebecca into the role of Editor for an online magazine,nurtured her love of writing and photography, and then delivered her to NBS2GO at its inception. Currently she is attempting not to consume Oreos, but be filled with the Holy Spirit.  Her nose is always in a book, yet she tries to keep her eyes on Him.  In this she did make up her mind...following Him is the best decision she has ever made.