Shining the Light in Leesburg

It was a message from heaven she would never forget. After moving, Donna longed to start a Bible study in her Leesburg, Florida neighborhood. She had taught one for 20 years at her former church, so she rallied three friends and they began praying. One day while she was in Goodwill, a stranger approached her with a smile. “I have a message for you,” he said. “God is pleased with you and will soon answer your prayers!” As he turned to leave, he called over his shoulder, “By the way, my name is Gabriel.” 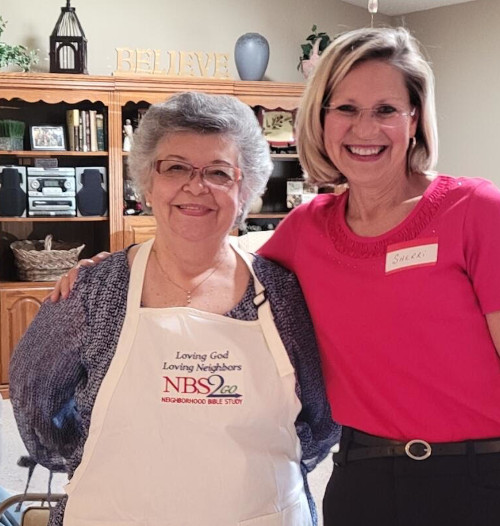 Donna was overwhelmed. But that was just the beginning. The very next day as she and her husband drove by a service station, she noticed a small sign announcing a neighborhood Bible study on Mondays from 10-11:30 am. “That’s what I want to do!” she exclaimed in surprise. “It’s even the right time!” Her husband John shrugged and said with a grin, “Well, you were looking for a sign. . .”

Donna hurried back to her computer and typed in some key words. When Neighbor Bible Studies 2GO popped up, she combed through the website and signed up for training.  During this time, she and her three friends continued prayer-walking her neighborhood. On the NBS2GO website, Donna downloaded some invitations to send out, and many responded. A new LIGHT Bible study was launched.  For four months 13-15 women gathered at her house in Scottish Highlands, a mega neighborhood of 620 homes. A woman from each of its five subdivisions attends her study. Donna is thrilled that two women are already planning to start their own Bible studies.

Although Donna taught other Bible studies for years, she thinks NBS2GO stimulates more growth, love and faith. She feels it motivates people to share the Lord with others, like Brenda did recently. She had found the Lord in Donna’s Bible study. Though a new believer, she offered to pray for a lady in her nail salon who looked downcast.

This same caring spirit shines in John, Donna’s husband of 61 years. He is very supportive; after all, he had carried Donna’s schoolbooks since she was thirteen! John helps with parking, opens the door to greet the ladies, and makes sure everyone has a seat. John and Donna have three children, five grandchildren and one great-grandchild. Though busy with many family details, Donna takes time to reach the women around her. She is a natural leader. Her warm personality draws people to the Lord.  She is like a lighthouse.  Wouldn’t it be incredible if every neighborhood had someone like Donna? 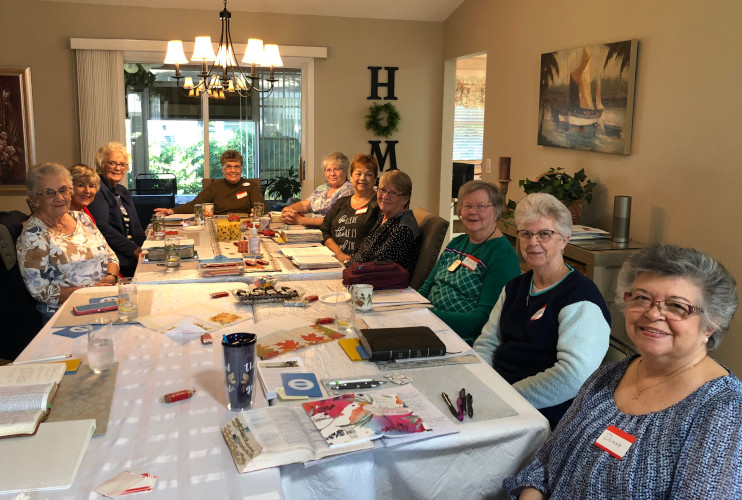 Maybe you are the “Donna” God wants to use in your neighborhood.

We are praying for awakened hearts to reach every neighborhood around the world.

From earliest days Mary has relished reading, writing and editing. She has done both freelance and staff writing for various magazines and newspapers throughout her career. Mary has served with several Christian organizations including Grace Ministries International in Marietta, Georgia and the North American Mission Board. She enjoys being married to Mark, a “Renaissance man,” and they have one married daughter, Laura, an accomplished graphic artist.

More posts from author
Wednesday, 21 April 2021 The Exponential Effect of Loving Your Neighbors
Thursday, 16 January 2020 Little is Much When God is in It

Let Your Light Shine This Fall

If You Moved, Would Your Neighbors Miss You?

The Exponential Effect of Loving Your Neighbors

16 Ways To Let Your Light Shine This Spring