How Would You Feel if This Showed up at Your Door?

Ideas
NBS2GO
442 Hits
2 Comments
Do you have a friend or neighbor who is feeling blue? A woman in my neighborhood Bible study, Amy, recently received some discouraging news about an adoption that she and her husband were going through. As a study, we really wanted to come around her, just love on her and give her some support. We came across the idea to make a “Blue Basket.” 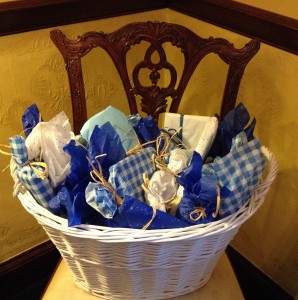 We found different gifts that are blue -- the items themselves can be blue or you can wrap them in blue. They are small, personal gifts that may include a devotional with a blue cover, some blue bath salts or a CD. Another contribution could simply be a personal note. There are all sorts of things you could put into the basket. The idea is that you give your treasured friend a big basket full of goodies, notes and love. Let her know that whenever she is feeling blue, she can reach into the basket and pick out one of the presents.

Amy later told me how meaningful all of the things were that she received in the Blue Basket. She opened the included CD one day, and it was just the right music to lift her spirit. Even the simple notes made her feel loved and special. It gave her encouragement just when she needed it most. 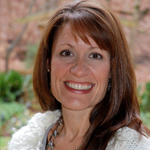 Tara Thompson attended her first Bible Study ever in the summer of 2001, shortly after re-dedicating her life to Jesus Christ. She was hooked, and she stepped out in faith to start a Bible Study in her own neighborhood in the fall of 2005. She loves being a wife to John and mom to their three boys. With her treadmill and neighborhood tennis courts, she maintains her sanity amidst the craziness of this life, while loving every minute of it.

What a great idea. I love it!

0 Cancel Reply
What a great idea. I love it!
Cancel Update Comment

0 Cancel Reply
Way to go T!! So proud of you.
Cancel Update Comment