“Oh man, another one of these things,” she thinks to herself, as she pulls the red envelope out of her mailbox. “How many ways can I say no?” She takes the stack of mail inside and plops it all down on the kitchen table. The little red envelope, with her name written on the front in her neighbor’s neat cursive handwriting, is the only remotely interesting piece of mail she’s received today in a big stack of boring bills and advertisements. She sits down and sighs. “What’s she invited me to this time?” Inside the envelope, a cheerful pink and white card invites her to a Valentine’s Day tea given by the neighborhood Bible study. She smiles. She’s been receiving invitations like this for two solid years, and she’s running out of excuses. Her neighbor is a great gal – their sons are the same age and love playing toge 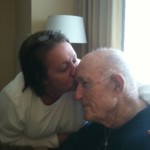 ther. But this Bible study stuff is not for her. Of course, this is just a tea party. It would be fun to meet some of the ladies in the neighborhood. How dangerous could it be? 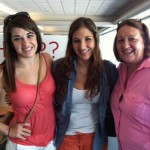 Little did I know it at the time, but that Valentine’s Day tea was extremely dangerous for me. It turned my whole life upside down! And not just mine, but the lives of my husband, my children, and even my 66-year-old father.

When I finally said yes, I was pleasantly surprised that the gals at the neighborhood Bible study were regular women, just like me. No one wore long dresses or shouted Scripture at me. During the tea, I heard a five-minute teaching on God’s grace. It was exactly the simple message my tired, hungry heart longed to hear – that there was a God in Heaven who loved me, not for how well I could behave or how many good works I could accomplish, but just for ME.

Several years after the fateful tea, I was encouraged to start a neighborhood Bible study of my own. Much to my surprise, I began reaching my neighbors in the same way I was reached.

Touching women through my neighborhood Bible study was the source of amazing joy to me, but the real shocker occurred when God touched my father’s heart.

Dad was a military man, an alpha dog and hard to the core. Dad was not a believer and had fallen away from the church years before. But, as he witnessed a softening in our home – the effect of grace – he became interested in the changes taking place in us. God gave me favor with my Dad – he loved exchanging emails – and he would listen as I shared the ways my faith was growing and our lives were changing. By God’s design, my parents moved into a retirement community full of godly people, and Dad was invited to his own neighborhood Bible study. Like me, he turned down the invitations at first, but he too eventually gave in (if only to get them off his back!) and began to love it. He called the men in the study “Quote and Go” because they were so familiar with Scripture.

I knew God was a big God, but I could never have imagined what happened next.

One afternoon, as my Dad and I sat on his patio, dunking Oreos in milk, our conversation turned to Christ. My heart began beating wildly in my chest, but God gave me boldness. I asked Dad if he wanted to pray to receive Christ, and he said yes. We prayed a sweet, childlike prayer together, and the skies, which had been crystal clear moments before, opened up and poured rain. It felt like God was crying tears of great joy! My parents were baptized soon after by the minister who led Dad’s neighborhood Bible study. I had to see it with my own eyes – the two of them up on the altar in choir robes – to believe it! When Dad died two years later, I had great peace and assurance that he was in Heaven and that we’d see each other again one day. That blessed assurance was possible because someone invited us – not once, but many times over – to a dangerous neighborhood Bible study.

Have you ever stepped out on faith to do something "dangerous?" What was the result of your boldness?
Find more Fresh Stories here! 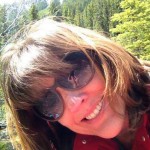 Laurie's story was written by Erica Rountree. Erica is a freelance writer and editor.  She lives and works in Marietta, Georgia, where she’s a member of a neighborhood Bible study and mama to two girls who constantly outsmart her and drive her to drink sweet tea.

The NBS2GO team is here to serve you. Let us know if you have any questions. contact@nbs2go.com

Neighboring in Every Season