Subscribe to our blog Unsubscribe from our blog
Font size: + –
Print


On a cold November night, I left my friend’s mountaintop cabin, clueless to the impact that several inches of damp leaves covering their long, steep driveway was about to have. Three quarters of the way up the drive, the tires on my SUV started to spin, and I began sliding backward. I was clueless as to what to do! Before I could react, my back wheels went off the pavement, and I was stuck on a steep incline. For all I knew, I was about to head off into the deep ravine that lay beyond my tires. I managed to get out of the car and trudge up the long hill to find help. After three hours, the tow truck driver was clueless as to how to get my SUV out of its predicament.I was freezing, my car was stuck, and I was stranded.

I hiked back to the cabin, tried to thaw out and get some sleep.In the morning, another tow truck driver tried, but he too was unsuccessful.  I was standing there praying, when Joey, the tow truck driver,  asked for my keys and climbed into my car. He yelled out the window, “Ma’am, did you know your SUV has a four-wheeldrive?”

You guessed it--I had no idea. And even if I did, I wouldn't have known how to use it. In a matter of minutes, with just a flip of a switch, he rocked my SUV back onto the pavement and drove it up the steep driveway. After receiving a brief four-wheel drive lesson, I was on my way home. I was clueless because I didn’t know my vehicle was equipped with a four-wheel drive. And if I had known, but had never been shown how to use it, I still would have been just as clueless.

This experience reminds me of my early Christian life. I was clueless as to the Holy Spirit’s presence and power living within me. As a result, much of my Christian experience could be described as sliding, getting stuck or being stranded. Even if I had known about the Holy Spirit, I still would have been clueless as to how to access His power for living a victorious Christian life, if I had never been told.

Would you describe your Christian experience as “sliding, being stuck or stranded?” I invite you to LEARN MORE about the Holy Spirit’s presence and power, which is available to you today! 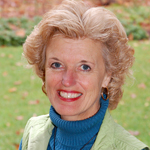