Stories
NBS2GO
107 Hits
0 Comments
A 14-year-old boy sits around a campfire with his camp mates and counselors as the waters of Lake Michigan lap the distant shore. The summer night crackles with possibility. The fertile ground of the boy’s heart, tilled and prepared by faithful parents and grandparents, opens itself to receive the Truth. A small seed, destined to produce bushels and bushels of fruit in a single lifetime, is planted deeply on this night, under a sky sprayed with stars. Unaware in this moment of all that his future holds, the boy simply accepts the gift of Jesus and prays aloud the longings of his heart: “Lord, help me to understand the Bible. Help me to find a life partner. And help me to witness to others.”  With that simple, humble prayer, a boy sets out on a lifelong journey of sharing the extraordinary joy he found on one ordinary summer evening.

Little did Gene Kuyers know that night at Camp Geneva how specifically and abundantly God would answer his prayers. 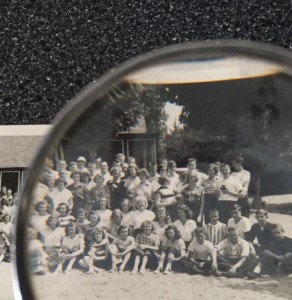 The life partner he prayed for, Marge Koen, was just steps away from him at the same camp where he accepted Christ, but they would not meet face-to-face for another two years. They married in 1953 and started a family. Their lives revolved around the church, each other and their young family. Their two children grew up witnessing their parents’ love for the Lord – they read the Bible together every night before bed, just one example of their deep commitment to God.

When their daughter was in ninth grade, Gene and Marge attended a conference where they learned a few simple tools to help them share their faith with their neighbors and the people they encountered in their daily walk. God was refining them, guiding them and faithfully answering Gene’s boyhood prayer the night he came to Christ: Help me witness to others. It became commonplace for their two children to hear stories of Gene and Marge quietly leading others to Christ at the family supper table. 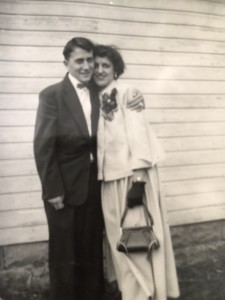 Gene, a tool and die maker, kept an open Bible on his tool bench at work. It was well known around the shop that he was available to listen and pray for his co-workers whenever one of the guys was going through a tough time. He invited co-workers to study the Bible with him after work, which many faithfully did every week during Gene’s 42 years at the company. In 1972, Gene and Marge joined with another couple in the neighborhood to start a Bible Study on their street where they’d all lived for years.

The couples split up the street and invited everyone to the Kuyers’ house on a Sunday evening to just “talk about Jesus."

They didn’t have a grand plan or a strategy for winning souls. They simply loved the Lord, and their passion for Him overflowed from their gentle, unassuming natures to everyone around them. The group began in the book of John, where Christ tells His disciples that He is the Vine, and they are the branches.

“Whoever lives in me and I in him shall produce a large crop of fruit.”  John 15:5

The neighbors came – they were from different denominations and some were not yet believers, but they came faithfully on Sunday nights to the Kuyers home, where they could count on loving hospitality and a caring, uncritical atmosphere in which to ask questions. Gene and Marge loved seeing the neighbors coming down the street with their Bibles tucked under their arms on Sunday nights. 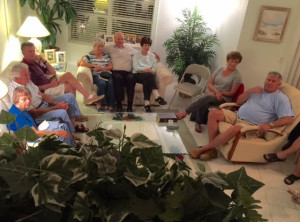 It melded their street together in a special way, and over the years, they became more like family to each other than neighbors.

Now Gene and Marge, married for 62 years and in their early 80s, continue to produce an abundant crop of fruit by abiding in Christ. They have touched countless lives with their quiet and humble faith. Since 1998, the couple has spent their winters in a Florida retirement community with 1,580 homesites. A city within a city, the community boasts its own church and television station. And what did the Kuyers do soon after retiring there? The same thing they always do! Sixteen years ago they invited their neighbors to get to know God right along with them – in a personal, intimate way. 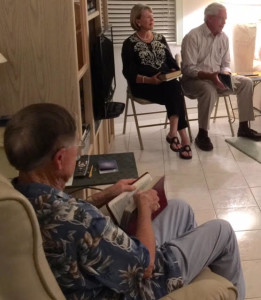 Their retirement community has six Bible studies with 12 leaders and about 126 members, from places all over the U.S. and Canada, but what is most humbling and what brings tears to Gene’s eyes? The fact that the prayers of an ordinary boy were heard – and continue to be answered – in ways his 14-year-old self could never have imagined or dreamed. 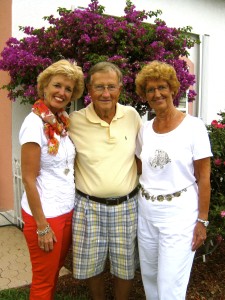 The message of Loving God and Loving Neighbors was not only taught but modeled and caught by Debbie McGoldrick from her parents, Gene and Marge Kuyers.  Debbie attributes her passion God, His Word and others as the greatest gift her parents ever gave her. For the past 40 years, Debbie has served full-time with Cru and in 2010 founded the NBS2GO movement that has spread throughout the U.S. and into 12 countries around the world. 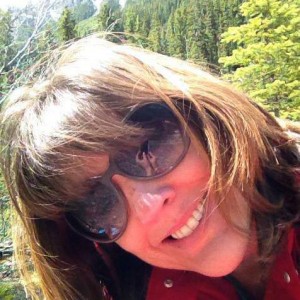 The Kuyers' story was written by Erica Rountree. Erica is a freelance writer and the communications director at Action Ministries Inc.  She lives and works in Marietta, Georgia, where she’s a member of a neighborhood Bible study and mama to two girls who constantly outsmart her and drive her to drink sweet tea.
Facebook Twitter Pinterest
Tears Filled Her Eyes: Fresh Idea for a Sweet Vale...